China is like a bunch of yelping dogs. So says Senator Sherrod Brown. When it comes to doing anything about our massive trade deficit with China, out come the pundits, corporate plants, threats and misinformation, all in an effort to stop our government from taking any action. Will the Senate actually listen to the statistics and the cries of the U.S. worker, ignore the snapping dogs, barring their teeth, nipping at their heels, and vote to do something?

Update: Yes the Senate did man up and voted for cloture, allowing the the vote for passage to occur. Here are the votes and it was 62 to 38. The bill still has to pass and Boehner is blocking the bill in the House.

For the most part it seems the Senate likes to blow smoke when there is little fire to take action. Will this time be different?

Today the Senate voted 79 to 19 to allow Bill S. 1619: Currency Exchange Rate Oversight Reform Act of 2011, to proceed for amendments and a floor vote. The bill is a long overdue measure to provide for identification of misaligned currency. The bill provides a mechanism to require corrective action by the offending currency manipulator nation to correct the currency peg misalignment or face anti-dumping type tariffs. Reuters has a plain English summary of what the bill does. Beyond this cloture vote, the question becomes, will the Senate really do something and pass something to take on China and their flagrant undervaluing of their currency?

Uncle Sam should no longer be Uncle Sucker

Tonight's documentary is TED talk by Economist Martin Jacques on how China is projected to overtake the global as the world's largest economy. 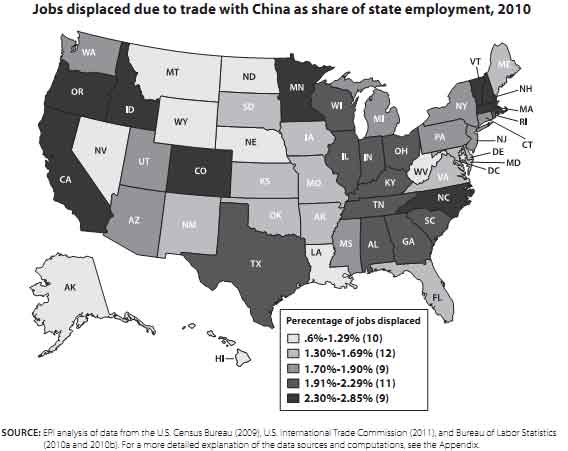 In its latest Article IV country report on China, dated June 27 2011, the IMF reported on the potential for a property bubble, on the state of China’s banks and on the policy measures underpinning the 12th Five Year Plan. It also looked at the international implications stemming from China’s efforts to rebalance its economy by de-emphasising exports and raising domestic consumption. (Another strand to this “rebalancing” is a commitment to supporting the relocation of industries to the interior instead of having them clustered at the seaboard metropolises.)

Rebalancing, in the sense of moving from being export driven to having a much higher domestic consumption component, is something that it is far harder to say than it is to do. The Chinese authorities can, of course, decree anything they want, but that doesn’t always mean that their decrees will play out in the way that they expect.