While the headlines are all abuzz with existing home sales exceeding expectations, the highest in 3 years, let's point to some more in depth analysis.

Existing-home sales – including single-family, townhomes, condominiums and co-ops – rose 7.4 percent to a seasonally adjusted annual rate1 of 6.54 million units in November from 6.09 million in October, and are 44.1 percent higher than the 4.54 million-unit pace in November 2008. Current sales remain at the highest level since February 2007 when they hit 6.55 million.

NAR estimates 4.4 million will utilize the first time homebuyer's tax credit (previous estimates were at 5 million). That's 8k x 4.4 is $35.2 billion dollars and that's just in taxes, not the total cost of this subsidy.

Inventories at now at 6.5 months at current prices.

Calculated Risk's analysis says not so fast on all of the hoopla. From more on existing home sales:

Firstly CR gives a great explanation on why the existing home sales metric is important. It enables domestic migration and movement of people (not to be confused with global migration which means wages are probably in for a wallop!).

Existing home sales play an important role in the economy because they allow people to move for new job opportunies, or to move to larger or smaller homes for various reasons. It is the reason that people move that contributes to the economy; churning homes does nothing except generate some fees and commissions. Nothing has been added to the housing stock or the wealth of the nation.

But more to the point, since the first time home buyer's tax credit is set to be modified and phased out, CR concludes this is the last bit of good news you're going to hear in a while. CR doesn't define what "a while" means, I would assume you're not going to hear much good juju until the April 2010 sales numbers are out. (See the analysis via the CR link onto why). 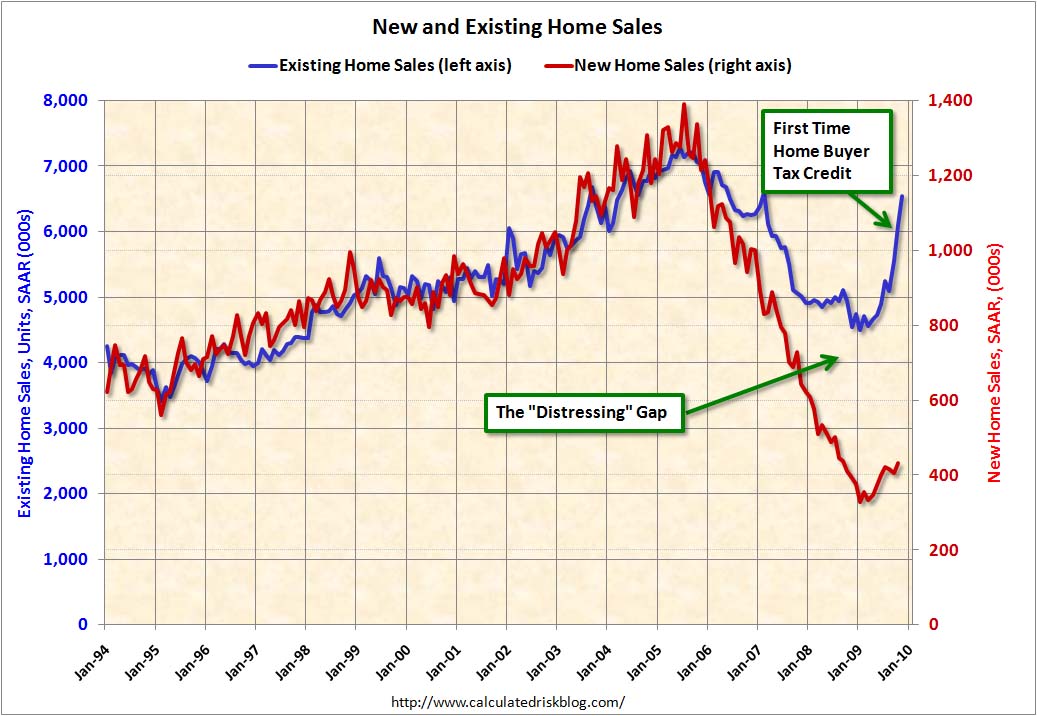