One of the Republican leadership's best tricks is to claim a bad policy is somehow good.    They say a lie with a complete straight face.    Not a blink, not even a nervous tick.    Nope.    No acknowledgment on how the United States is plain losing on bad trade deals.

Make no mistake, Republicans want more corporate written, NAFTA based, glorified outsourcing agreements.   Nary a statistic will be mentioned.  One is presented with the lie.  Bad is now good and upside down is right side up.

From the GOP platform:

Including the world’s poor in an expanding circle of development is part and parcel of the Republican approach to world trade through open markets and fair competition. It must also be a top priority of our foreign policy. Decades of massive aid have failed to spur economic growth in the poorest countries, where it has often propped up failed policies and corrupt rulers. We will target foreign assistance to high-impact goals: fostering the rule of law

Mutually beneficial trade based on sound and proven free enterprise principles. Our relations with our immediate neighbors, Canada and Mexico, are grounded on our shared values and common purpose, as well as our steadily increasing trade. We pledge to continue this close association and to advance mutually beneficial trade agreements throughout Latin America, promoting economic development and social stability there while opening markets to our goods and services.

NAFTA and these models have already been shown to hurt workers across the board, increase our trade deficit and assuredly not help US workers or workers in Mexico. Much of the illegal migration problem is due to economic refugees coming from South of the Border.

We support approval of the free trade agreement with Colombia, currently blocked by Capitol Hill Democrats and their union boss supporters, as an overdue gesture of solidarity for this courageous ally of the United States.

Once again they are implying trading jobs for foreign policy and more importantly Columbia has a history of murdering union organizers.   Is that the kind of policy the United States wants to promote?   They also fail to acknowledge the many Republicans who also are up in arms over the United States loss of manufacturing, the national security issues, and jobs in their districts.

Our bilateral trade with China has created export opportunities for American farmers and workers, while both the requirements of the World Trade Organization and the realities of the marketplace have increased openness and the rule of law in China. 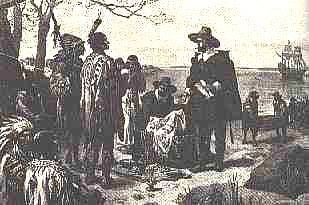 Read the entire platform.   It's very obvious they view American economic assets, corporations, jobs as simply a basket of beads to present to other nations to adhere to our bidding.   Well, that trinket chest is running low.   Economic policy should be separate and not available for pilfering to advance some foreign policy agenda. Or should we say the multinational corporate agenda?