The April 2010 ADP employment report is out.

Nonfarm private employment increased 32,000 from March to April 2010 on a seasonally adjusted basis.

Ah, those green shooters lying in the brown weeds and crying. The ADP employment report is out and no magic V implied. We have more job loss, not growth, of 23,000.

Nonfarm private employment decreased 23,000 from February to March on a seasonally adjusted basis, according to the ADP National Employment Report®. The estimated change of employment from January 2010 to February 2010 was revised down slightly, from a decline of 20,000 to a decline of 24,000.

The March employment decline was the smallest since employment began falling in February of 2008. Yet, the lack of improvement in employment from February to March is consistent with the pause in the decline of initial unemployment claims that occurred during the winter.

Yet another employment report and yet more job losses. The ADP report shows a loss of 22,000 jobs but the bad news is more the loss of 25,000 jobs in manufacturing alone. Construction, no surprise there, lost 37,000 jobs.

Jobs in the service sector increased by 38,000, while goods-producing industries cut 60,000, including 25,000 in manufacturing 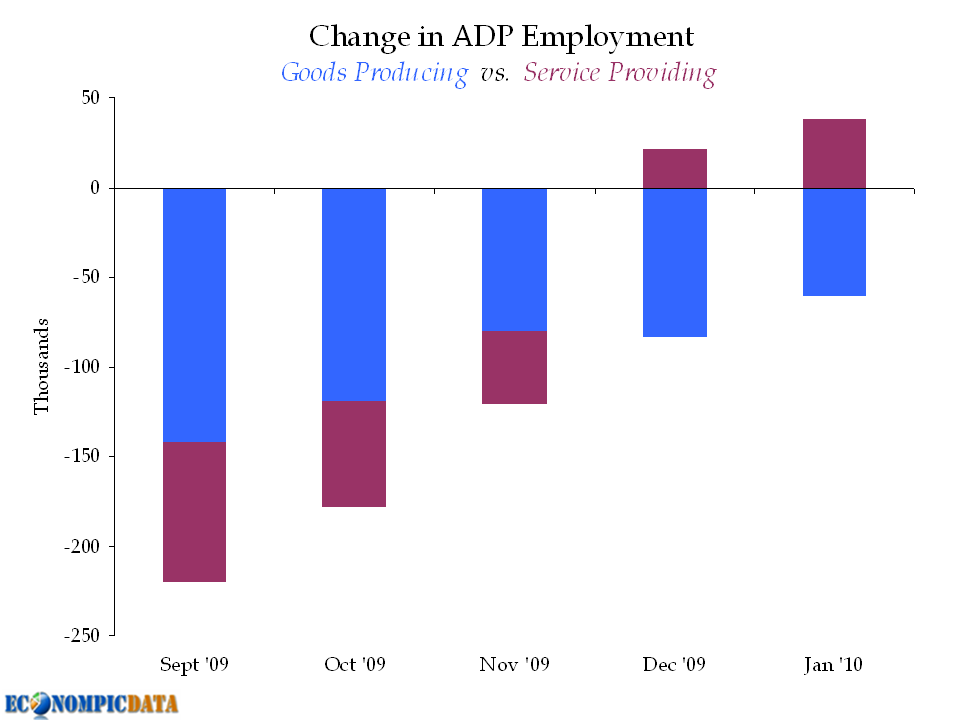 The ADP Employment report for August is out:

What is interesting are dueling MSM reports on the ADP statistics.